Variants on a Theme

I thought I would go ahead and post both of these comics to give some insight into the creative process. Often when I think of an idea to a comic, it starts with the punchline, and I work my way back from there to develop the setup. Occasionally this branches into a couple different comics, but the punch line remains the same. In these instances I usually choose the best setup situation that makes for the biggest twist on the last panel. But on an even rarer instance, I come up with an overall concept, a germinal idea if you will, that branches into two different comics with the same basic premise.

Here are two examples of that last type: 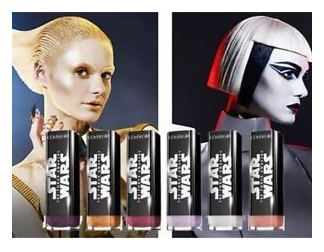 The story behind these two comics is; I thought of how ridiculous some marketing tie-ins are, i.e. the Ram Truck and CoverGirl Star Wars: The Force Awakens commercials. Now granted, they may use CoverGirl in their makeup department, but is someone really going to dress up like the people in this ad? I guess maybe… okay, probably. And in terms of product placement, I’m 99.9999% sure there are no Ram Trucks in the movie, but it is a J.J. Abrams film after all, and he did work Nokia into the Star Trek reboot.

So, with ridiculous product associations stewing in my brain, I was flipping through our movie library and the Life of Pi flashed by. I thought, “Yum. Pie.” and that’s when the germinal idea hit, a store dedicated to pie, called “The Life of Pie”.

But then I thought, how silly it would be to make a comic about a book I hadn’t even read yet. Boo-yah, second germinal idea. A conversation about a book someone hadn’t read.

From there it was a matter of backing in the setup.

For “The Lie of Pi”, it was pretty easy. I have attended several writing workshops and retreats in the past, and as someone who enjoys and writes in the young adult genera, you are often looked down upon by the more adult crowd. Sometimes, you feel forced to “play along” as it were, with conversations about literature you have no desire to read. And who hasn’t borrowed a book with every intention to read it, only to realize months later you still had it in your possession and should probably get it back to the person you borrowed it from. There you go, setup complete. Next step is to divide the story into four cells, making sure the punchline is on cell four, and you have enough escalating dialogue to carry it to the punchline.

“The Life of Pie” was actually easier, and in my opinion the funnier, of the two comics. However, the germinal idea wasn’t the punchline like the last comic, it was the setup. So how do I take that and make it into something funny? Answer, have an even more ridiculous name for the business.

If you’ve read all the way down this far, do me a favor and let me know which comic you preferred. Also, if you have any additional questions or comments about the writing process, feel free to drop a comment below and I’ll respond as soon as I can.

Anthony A. Kerr has always been a storyteller. Whether it was acting out elaborate plots with Star Wars figures when he was little, writing really, really, bad movies in high school, or creating weekly comic strips at work. Stories are always swirling around in his head, yelling at him to put them down on paper. Anthony grew up in Wooster, OH and currently lives in Denver, CO with his wife and three children.
View all posts by Anthony A. Kerr →
This entry was posted in Author Blog, Comic and tagged life of pi, pie. Bookmark the permalink.

2 Responses to Variants on a Theme